In an interesting aside, W E Fairbairn witnessed a competition between Japanese and English soldiers whilst stationed in Korea around 1903.  The roughness and effectiveness of the Japanese left an impression on him.  “…For the first time, we had been hit with the butt of the rifle, tripped and thrown and what was worse, shouted at by our opponents.”

I should begin by saying, as an outsider, I am a big fan of many technical aspects of Jukendo & Tankendo.  Previously, I had included Jukendo on articles on the spear however this did not do Jukendo justice and as Jukendo and Tankendo are separate forms of Budo in their own right I have elected to expand on some things (and ignore some others) in an attempt to give an overview of these two martial arts.

Interestingly, the vast majority of current Jukendo & Tankendo ‘players’ are within the Japanese military and it is not as mainstream as many other Budo.  The profile of these arts has been raised recently with the Japanese government decision to include bayonet arts in the list of those suitable for school curriculums (not without some criticism).

There is no doubt that these arts are somewhat sanitised compared to all-out bayonet arts (including their Japanese predecessors), however, I do not have any insight as to what else is taught in the Japanese military in terms of bayonet nor do I know if Jukendo dojo expand upon the general curriculum in any fashion.

One of the things about military arts is they have solid basics, something that is very hard to extract from many older spear forms without deconstructing them a little.

The reader should keep in mind I am a Jujutsu practitioner and whilst I have an interest in bayonet in general I have no exposure to Jukendo other than what I observe.  I will cover some of the things I particularly like about Jukendo & Tankendo in future articles. 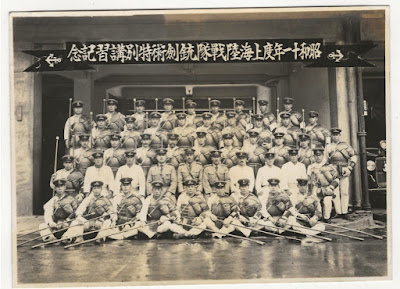 One of the possible drawbacks of these arts is the amount of equipment needed.  In order to practice safely both training weapons and protective equipment are required.

A wooden representation of a grooved rifle with an affixed bayonet for practice other than Shiai. 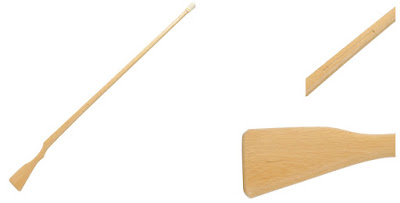 A slightly lighter and un-grooved wooden representation of a rifle with an affixed bayonet for Shiai. 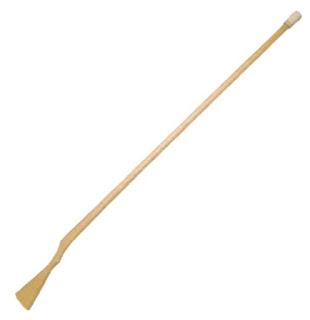 A bamboo representation of a detached bayonet made in a similar fashion to a Kendo Shinai (often made by cutting down a Kendo short sword Shinai). 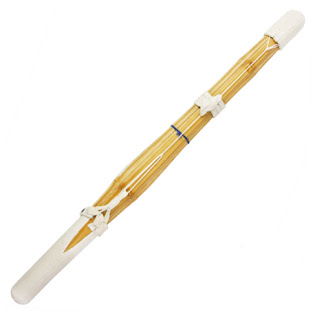 A wooden representation of a detached bayonet, shorter and straighter than a typical short sword. It seems often a normal wooden short sword is also used. 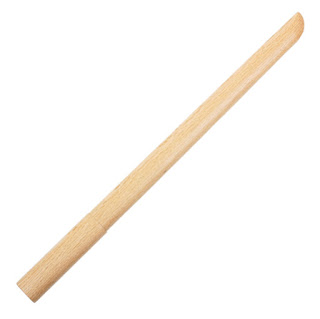 A Gi with a high collar and extended lapel, in a style similar to older western military uniforms. Velcro is used to secure the cuff, to stop the rifle entering the sleeve. 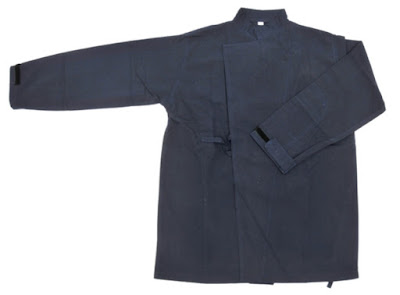 A glove covering the thumb and either 1, 2 or 3 fingers (not the pinky) worn on the rear hand when using the Mokuju.  Seems to be worn mostly for comfort. 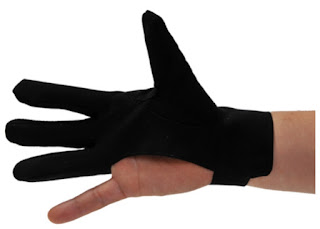 A quilted pad, worn under the Gi to protect the underarm and lower shoulder should blows land above the Do.  Worn in both Jukendo and Tankendo. 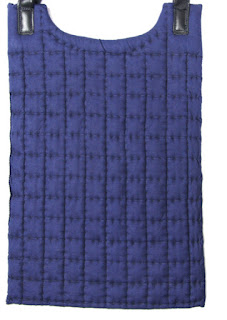 Hakama are worn by Jukendo players.  It seems no Obi is worn and they are affixed as per Kendo players. 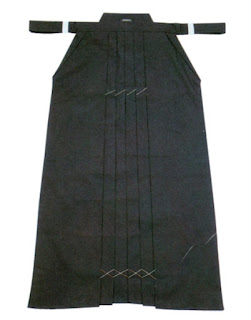 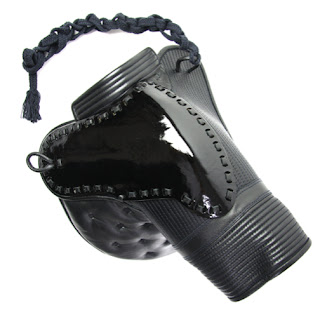 A Bogu in the Kendo style.  Only the forward hand wears Kote.  Although looking like Kendo Bogu, Jukendo Bogu are updated to accept the more forceful strikes of the solid wooden Mokuju.  Specialty models have additional throat protection and steel plating on the Men due to the harshness of the strikes, additional thumb protection on the Kote, reinforcement on the Do where it meets the Kata and an attachment point on the Tare for the Kata. 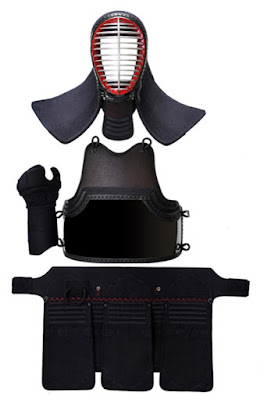 The weapons in Jukendo & Tankendo represent the period rife and bayonet of the Japanese military (note the grooves on the rifle for example).  In my opinion the following are the most realistic original weapons.

The Japanese used the Arisaka series of rifles from 1897 through to the end of WW2 in 1945.  Even though modern Jukendo was codified between 1952 & 1956, bayonet fighting had been going on in Japan since before the Meiji restoration, based mostly on Western systems and developing into Jukenjutsu during the first part of the 20th century.

The most common rifle of this series, running from 1905 onward (when it replaced the Type 30) was the Type 38.  The Type 38 at 1,280 mm (50.4 in) was the longest rifle of WW2, due in part to the emphasis on bayonet training for the Japanese soldier of the era.  Carbine versions were also produced.

It was replaced by the Type 99 at the beginning of WW2, however, the two rifles served side by side during WW2. 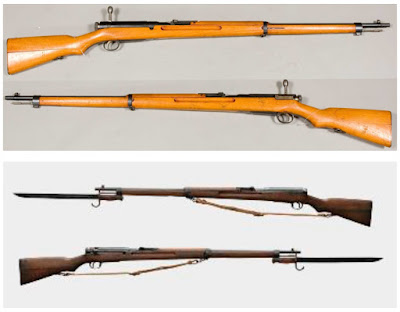 Also known as the 1897 pattern, the Type 30 Bayonet was manufactured from 1897 to 1945, and used on the Arisaka Type 30, Type 38 and Type 99 rifles.  Some 8.4 million were produced.  Early variations had a hooked guard but later models had a straight hand guard.

They were designed to be long enough when fitted to a rifle to be effective against cavalry, such is the era of the weapon.

They were known as somewhat poor quality items and tended to rust, bend and break. 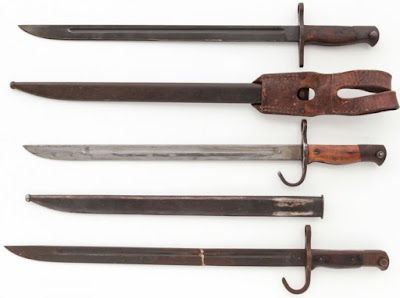 There is a limited amount of information in English, however there has been a lot more information recently, mostly through the efforts of a group know as Jukendo World, which has been producing many excellent training videos.  Most of the following videos are by either Jukendo World or Kendo World, relevant links at the end of the post.

Practice of basic offensive and defensive bayonet techniques with full Bogu, except the Men (usually).

Practice of bayonet patterns and forms without Bogu.  One of the things I particularly like about Jukendo & Tankendo is the asymmetric nature of many of the Kata.

Sparring with full Bogu, in the same manner as competitive matches.

On The Introduction of Jukendo to Japanese Schools

Please note that I will remove any comment I see as offensive or needlessly negative - additional relevant information and/or informed criticism is encouraged but please no trollerino...

I was recently listening to an old episode of the 'Managing Violence Podcast' in which the presenter introduced his 'Violence Su... 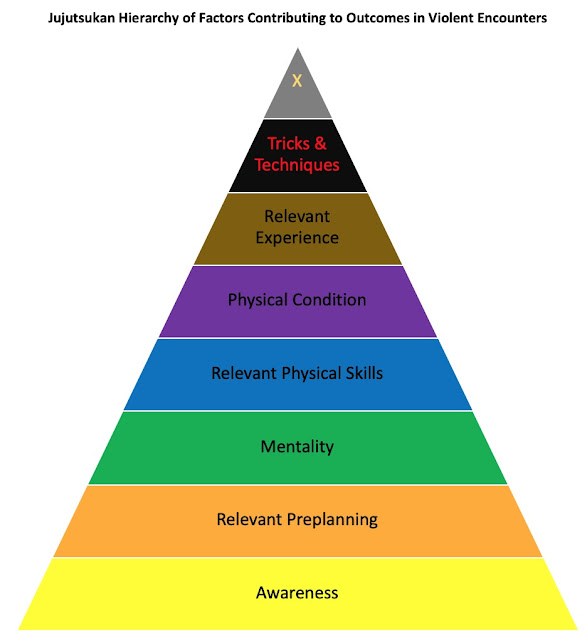